The tour of the three musts of Seville

Main stops in the Royal Alcazar

The House of Trade

Mudejar Palace (Peter I The Cruel) 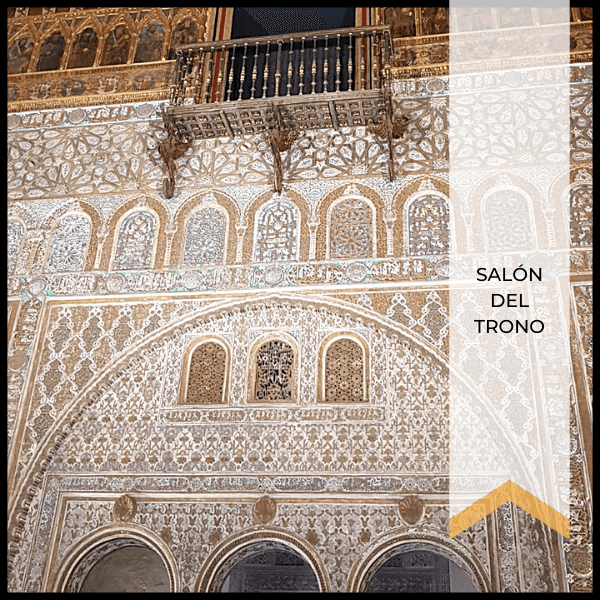 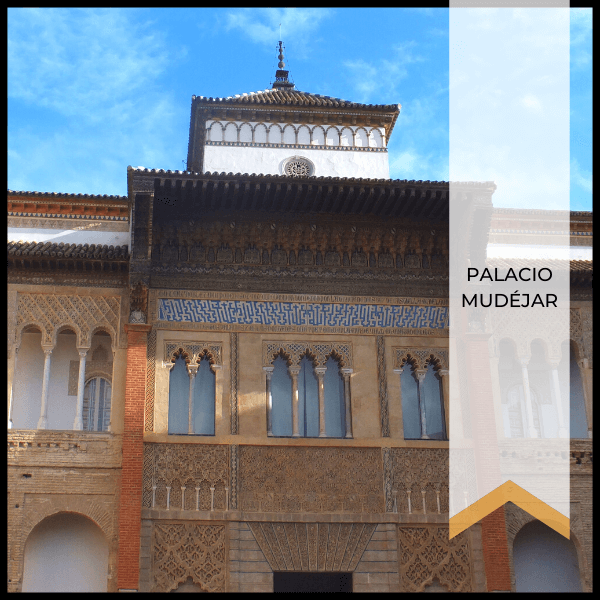 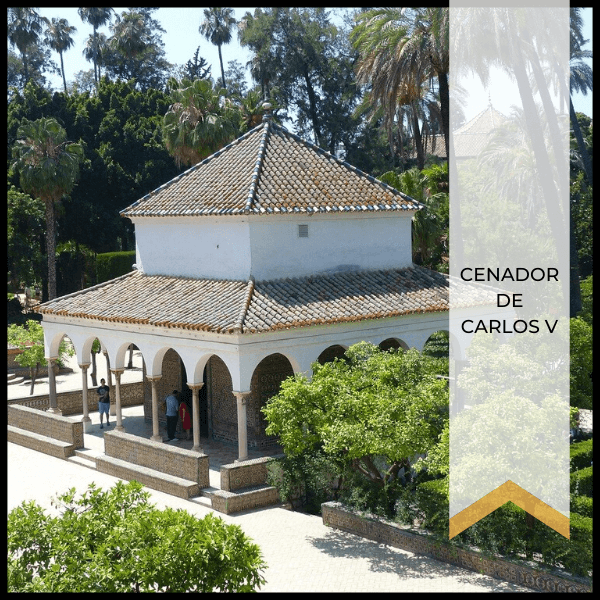 Main stops in the Cathedral

Chapter Hall and Treasure of the Cathedral 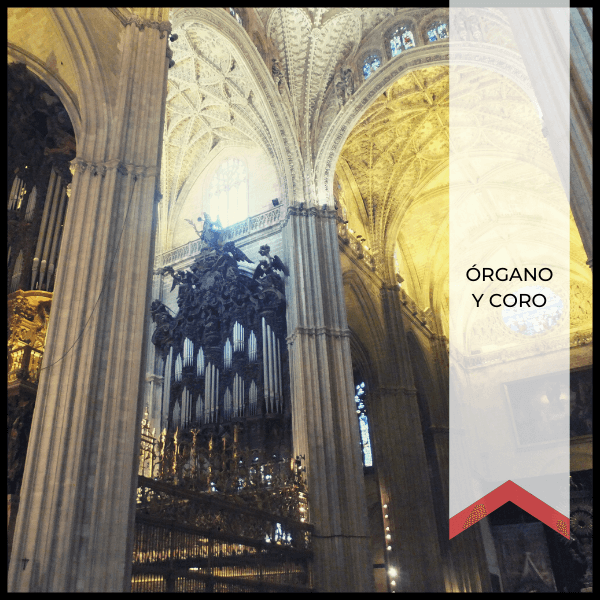 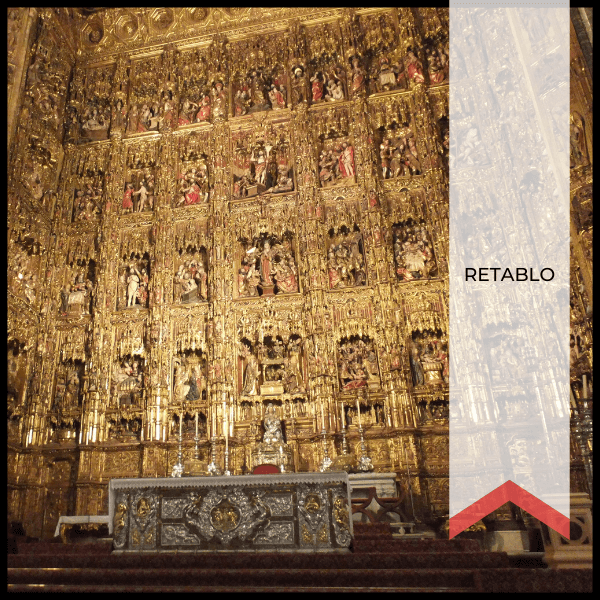 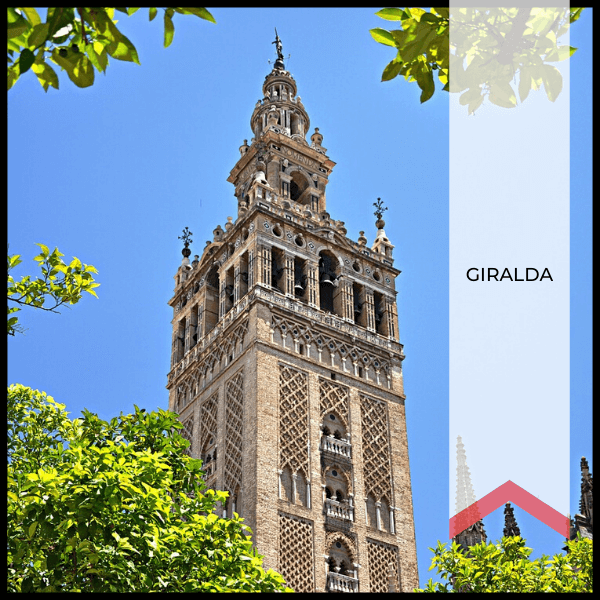 The rate does not include the tickets to the monuments:

The price to the Cathedral is 10 euros for adults and 5 euros for over 65s and students under 25. Free for minors up to 14 years old. It includes the access to the Giralda Tower.

The price to the Alcázar is 14.50 euros for adults and 7 euros for people over 65 and students under 30, discounts only for citizens of the European Union. Free for minors up to 14 years old.

At the base of the Giralda Tower, on the side of Plaza Virgen de los Reyes.

Duration of the tour: 3 hours

It’s a priority access, but it’s not a immediate access. We might have to wait in the line depending on the influx of people in the different tourist seasons, although that time is much shorter than for those who don’t have a prior reservation.

Splendor of Al-Andalus; bastion against the Reconquest; pride of Peter I the Cruel; praying place for Isabella of Castille, political center of the Catholic Monarchs; scenario for the royal wedding of Emperor Charles V; home of Isabella II… The Royal Alcazar breathes even nowadays a living history.

‘Alcázar’, a term that comes from the Arabic and means ‘fortress’, is the oldest royal residence still in use in Europe. The facility dates back to the 8th century and listened to the steps and voices of some of the most powerful families in the history of Spain – during the Emirate and Caliphate of Córdoba, the Taifa kingdoms, the Almoravid and Almohad empire, and the different governments of the Christian era since the Reconquest of Seville in the late Middle Ages.

The fusion of so many architectural styles, cultures and religions make up a complex worthy of Unesco’s recognition. Out of all buildings is the Palace of Peter I the best expression of Mudejar art in Spain, with the Maid’s Courtyard, the Ambassadors Room and the Doll’s Courtyard as the main attractions.

One step further and you find yourself in the Gothic Palace, which preserves part of its primitive state, housing two treasures from later times that turn the building into a place of huge artistic value – a set of Renaissance-style Italian tiles and six exceptional tapestries from the 18th century, recounting on of the biggest victories of emperor Charles V.

Discover this palatine complex that held as well the powerful House of Trade, responsible for the administration of the riches coming from the New World. The Alcazar invites you to take a relaxing stroll through the Grutesco Gallery to enjoy a fantastic view of its entangled gardens of the Renaissance style, where many shots of the popular TV series Game of Thrones were filmed. Downstairs, at the foundations of the Gothic Palace, you’ll be able to picture Lady María de Padilla in her private baths and learn about their mysteries and legends.

The Cathedral Santa María de la Sede is the largest Gothic temple of the Christianity, with nearly 25,000 square meters. Among other jewels, it houses one of the largest altarpieces in the world in its style, valuable paintings by well-known artists such as Goya, Murillo or Zurbarán, a beautiful Chapter Hall and the keys to Seville, handed to Ferdinand III in the year 1248.

The temple also holds the mortal remains of prominent personalities throughout different centuries. Without doubt, the best known is the tomb of Christopher Columbus, but there are also the tombs of scholars such as his son Ferdinand Columbus, or important figures of the church, arts or culture.

The Cathedral was erected on the foundations of the most important mosque in Seville in the 12th century, during the Almohad government. We can still appreciate its ablution courtyard and its minaret, the current Orange Trees Courtyard (Patio de los Naranjos) and Giralda respectively, two jewels you can’t miss. The visit includes the access to the top of the tower along a set of ramps.

The bell tower from the 16th century was named after the statue crowning it – the Giraldillo. Together they are the most emblematic image of the city ever since, and make a spot from which you can enjoy spectacular views.

Join us on this essential tour and don’t miss the great icons of Seville. Both visits with priority access and without waiting long lines!

No, the rate is per group, and it’s shown with VAT included. Entrance fees to monuments are not included.

For your convenience and because of the management of the visit we admit groups up to 30 people per guide. In fact, it’s not allowed in the Alcazar to guide with bigger groups.

Yes. Both monuments are actually opposite to each other.

The use of radio guides is mandatory for groups over 8 and 10 people in the Alcazar and the Cathedral, respectively. In any case, the use of headphones is recommended in these places, especially in the high season, since you can better follow the explanations and indications of the guide. The total cost of this service is 1 € per person.

At the base of the Giralda Tower, at the agreed time. We can also pick you up at your hotel or apartment if it’s in or next to the old town. Let us know!

SEVILLE IN ONE DAY

BIKE TOUR
Open chat
Do you need help?
We may be doing a tour, but we will respond as soon as possible. Remember that our opening hours are the ones of Seville, Spain.