Cycle tour to visit the hidden gems of Seville

Main stops in the City Center 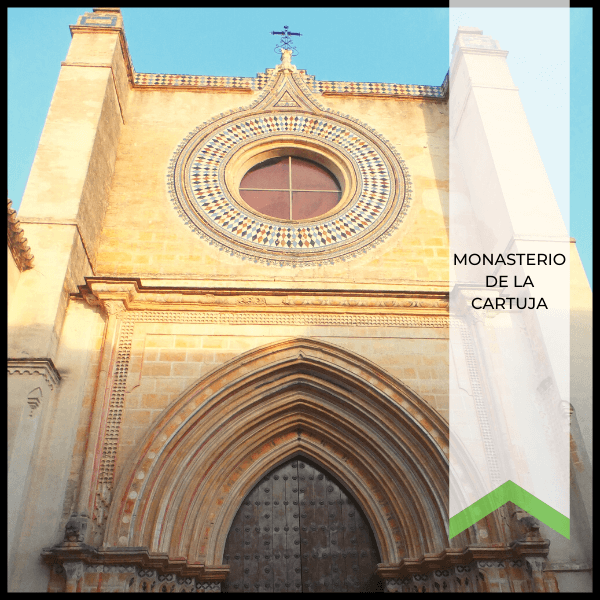 Main stops in the surroundings

Walls and Basílica of La Macarena 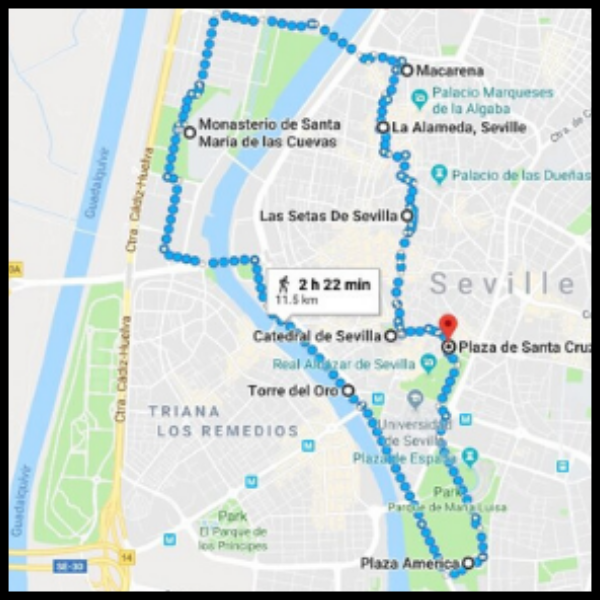 The rate does not include the rental of the bycicle, which changes depending on the model you want to use (folding, electric, hybrid, tandem …). The price varies between 8 and 15 euros per person.

Duration of the tour: 3 hours

It’s possible to stop for a short break.

It’s the most requested route on weekends, after the monumental visit of the Cathedral, the Giralda and the Alcazar.

A fresh tour around Seville

The sightseeing bike tour includes the main attractions of Seville in just 3 hours of circuit. We’ll go along the extraordinary Guadalquivir River to reach the most emblematic and remote places, without leaving aside the historical buildings and monuments.

Almost flat all over its extension, Seville is very accessible and ready for cycling. That made it possible for us to design the perfect itinerary for all ages. We’ll be riding mostly along the wide net of bike lanes that spreads throughout the city, and we’ll ride off the lane sometimes to reach all the corners that are worth a visit, including of course the main tourist attractions.

With this bike route we can enter the María Luisa Gardens -the most beautiful in the center- and ride through the Plaza de España (Spain Square) to the Plaza de América (America Square), commonly known  as ‘the pigeons square’, where the Archaeological Museum and the Museum of Arts and Popular Customs are located. The riverside ride from the New York Dock leads us from south to north to the other ‘lung’ of the city on the Isla de la Cartuja (Cartuja Island), both to meet the Santa María de las Cuevas Monastery, home of the Museum of Contemporary Art, and to learn about the recent history of the successful Universal Exposition of 1992 that totally changed the image of Seville.

We’ll go close to the Basilica of Macarena, after whom both the neighborhood around and the famous song were named. Right in front of it we’ll see the impressive Andalusian Parliament, one of the largest Hospitals in Europe time ago, and we’ll ride along the magnificent city walls from the 12th century that surround part of this Macarena Quarter. We’ll be visiting as well the beautiful Alameda de Hercules -a boulevard in central Seville-, one of Spain’s most exciting nightspots, full of terraces.

Enjoy the quiet riverside while crossing the Arenal and Triana districts, treat yourself to a memorable ride through widest and most pleasant gardens in Seville, and move around the Macarena and the city center as the rest of Sevillians do. It will be about 11 kilometers of route altogether, a really unique vision.

Hop onto your bike and take with you the most emblematic Seville, not missing any of her musts! The most diverse tour, the most exceptional itinerary to reach the unreachable in this charming visit all over the city.

No, the rate is per group, and it’s shown with VAT included.

For your convenience and because of the management of the visit we admit groups up to 15 people per guide.

Is the use of a helmet mandatory?

Yes, but just for the minors. They are provided at the bike rental store, and are included in the price.

Bicycle rental is not included. The price depends on the type of bike you’d like to ride. We have electric bikes, tandems, hybrids and folding bikes. The average price is 9 euros. Tell us the ages of the participants and your needs to offer you the best service!

At Plaza de Santa Cruz, at the agreed time. We can also pick you up at your hotel or apartment if it’s nearby, and walk together to the bike shop.

SEVILLE IN ONE DAY
Open chat
Do you need help?
We may be doing a tour, but we will respond as soon as possible. Remember that our opening hours are the ones of Seville, Spain.