Seville in one day

The tour to know the most important of Seville

A full-day tour to wander the streets of Seville

Main stops in the Old Town

Archive of the Indies 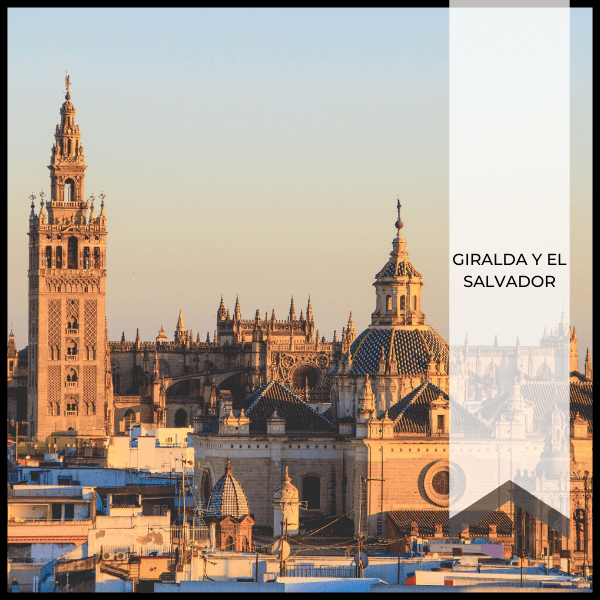 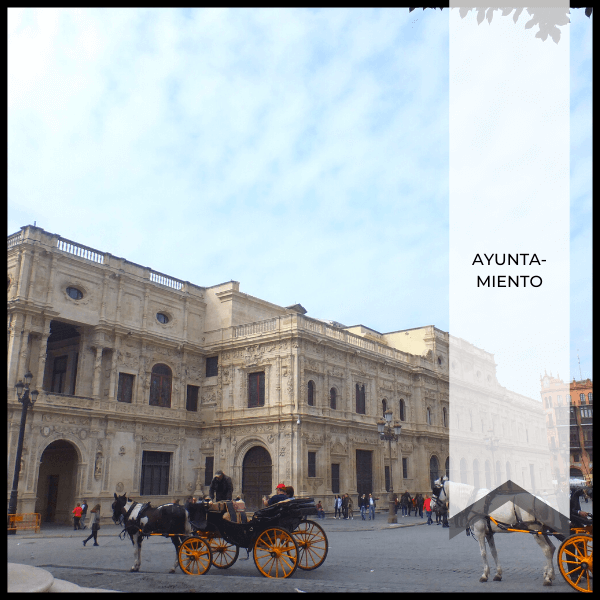 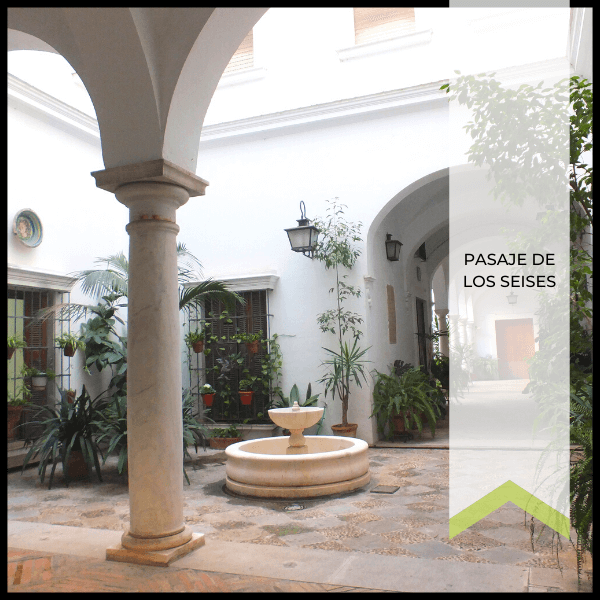 Main stops outside the City Center

The rate does not include the tickets to the monuments:

The price of the Cathedral is 10 euros for adults and 5 euros for over 65s and students under 25. Free for minors up to 14 years old. It includes the access to the Giralda Tower and Salvador Church.

The price of the Alcázar is 14.50 euros for adults and 7 euros for people over 65 and students under 30, discounts only for citizens of the European Union. Free for minors up to 14 years old.

In front of the Town Hall entrance, in Plaza Nueva, at the agreed time.

Duration of the tour: 6 hours

The visit is designed so that you can interrupt up to 2 hours for lunch and rest, but you can also do the whole circuit all at once. You choose how you want to distribute the time. We can even adapt it on the way. It will only be necessary to adjust to the schedules already set in the priority entrances that give access to the monuments included in the visit.

Indoor spaces that you visit

This route allows you to visit the main monuments of the historic center and stroll both through the old town and through the new area of the city. The tour begins next to the City Hall -at Plaza Nueva-, a unique building that features two façades, one Renaissance and one neoclassical. Both the City Hall and the Plaza Nueva ocuppy nowadays the huge piece of land where the Saint Francis monastery stood, the largest monastery within the city walls until its destruction in the early 19th century.

Just a few minutes’ walk away, you reach the Collegiate Church of the Divine Savior (Salvador), a temple that goes unnoticed by those who contemplate it from the outside, as they can’t even imagine what it keeps within. The greatest jewels are, without a doubt, the Christ of Love and Jesus of the Passion, sculptures from the 17th century that no visitor to Seville should miss. For this reason among others is this temple, after the Cathedral, the most important in the capital.

Seville has one of the largest old towns in Europe, although its most important monumental ensemble is concentrated around the Plaza del Triunfo (Triumph Square), with the Royal Alcazar, the Cathedral Santa María of the See and the Archive of the Indies, all classified as a UNESCO’s World Heritage Site.

In this tour you’ll be amazed by the magnitude of the Cathedral, which became the largest in the world when the work was completed in the early 16th century, and became a symbol of Christianity for those who sailed off to America or returned safely from there. You will have no words either for the Alcazar -from the Arabic word ‘Al-Qasr’, meaning fortress-, a palatine complex whose origins date back to the 8th century. It served ever since as a residence for different royal houses, from the Islamic dynasties to the Christian crowns.

Right in the vicinity is located the quarter of Santa Cruz, which immediately captivates those who visit it. Its labyrinthine layout of narrow alleys full of charming stories and legends give this beautiful district its particular stamp.

In this old Jewish quarter -the second largest in Spain in the past centuries- took place one of the bloodiest episodes on the Peninsula in the late 14th century – the massacre of 1391, with terrible results for the Sephardim who lived here.

The neighborhood became however a first-rate artistic hotbed with the arrival of the Renaissance, with artists such as Cervantes attending the ‘corrales de comedias’ (outdoor theaters) around here. But also later, during the Romanticism of the 19th century there were authors such as Lord Byron, Gustave Doré, George Sand or Washington Irwing, among others, who were anxious to write or draw for Seville, where they found their inspiration.

The visit will continue outside the walls in the surroundings of the María Luisa Park. Reaching this park from Santa Cruz is a wonderful walk through gardens such as Murillo or Prado de San Sebastián, in front of the former Royal Tobacco Factory, today the head office of the University of Seville. Its walls retain the History of the tobacco monopoly in Europe, as well as the literary origins of Carmen, the stereotype of the Spanish femme.

The Plaza de España (Spain Square), an architectural icon of Andalusian regionalism, was the epicenter of the Ibero-American Exhibition that took place in 1929. The former pavilion of Spain has become a symbol of the city for its lovely charm, and the visit leaves no-one indifferent.

After appreciating the magnificent Palace of San Telmo, current seat of the Presidency of Andalusia, close to Puerta de Jerez, the route will take us along the Guadalquivir river. Because Seville can’t be understood without it. She was born around its shores and because of her river she suffered the plague and countless assaults and floods, but thanks to it she also saw gold and spices coming from the New World, and thousands of sailors and merchants undertook expeditions in search of power, prestige and adventure.

The Guadalquivir was, is, and will be the beginning and the end of this metropolis, built on top of numerous civilizations. The tour will end here, so we can stroll along the best side of the city for the sunset, with the latest golden beams of the sun shining on the water surface. These golden reflections are the reason of the name of the beautiful Golden Tower (Torre del Oro).

No, the rate is per group, and it’s shown with VAT included. Entrance fees to monuments are not included.

For your convenience and because of the management of the visit we admit groups up to 30 people per guide.

The itineraries are designed and planned to be done on foot, since Seville is a very flat city and, in addition, most of its tourist attractions are nearby and can be easily accessed. In any case, it’s possible to do the tours by minivan or coach to reduce the time of walking. If this is what you are looking for, contact us to know the van / people carrier and coach rates.

The use of radio guides is mandatory for groups over 8 and 10 people in the Alcazar and the Cathedral, respectively (1 euro per person in total). In any case, the use of headphones is recommended as well for the rest of the tour, especially during the high season, since you can better follow the explanations and indications of the guide. In this case, the total cost of the radio guides over the whole day would be 1.50 € per person.

At the City Hall, at the agreed time. We can also pick you up at your hotel or apartment if it’s in the surroundings of the historic center. Let us know!

ALCAZAR, CATHEDRAL AND GIRALDA
Open chat
Do you need help?
We may be doing a tour, but we will respond as soon as possible. Remember that our opening hours are the ones of Seville, Spain.