Velazquez Birthplace will open to the public 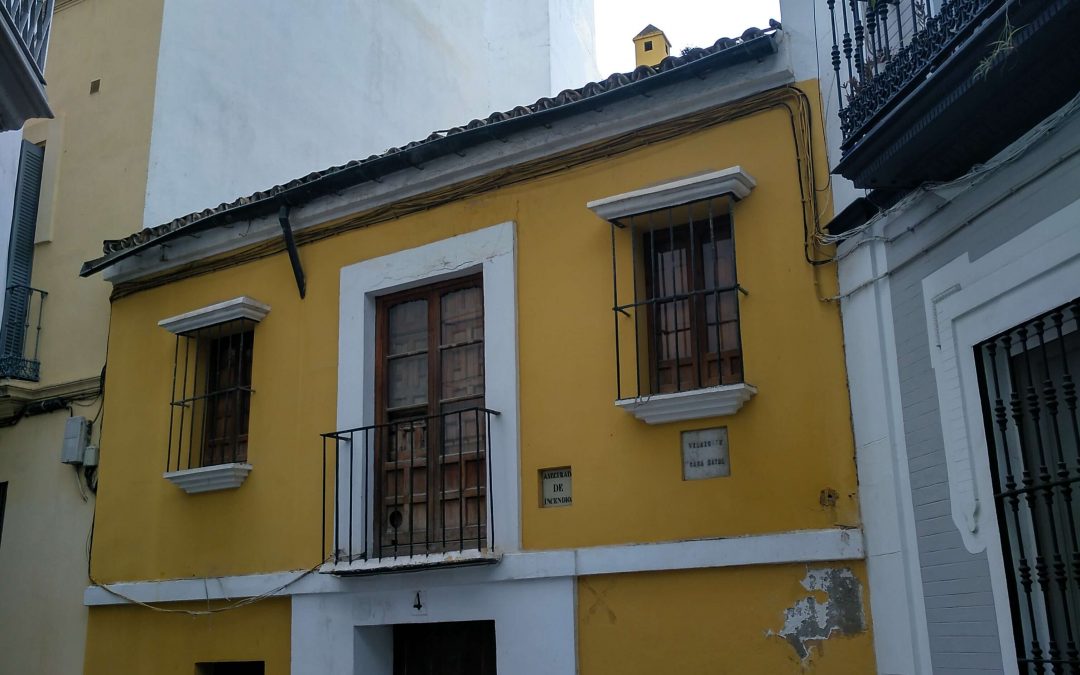 If the predictions are met, the project for the recovery of the property will be ready in Spring 2021.

The house where Velázquez was born – located at number 4 of the current Luis María Llop street – will be opened to the public. Seville will thus have one more attraction to visit within its historical area.

The initiative is carried out, among other promoters, by the writer, journalist and cultural manager Enrique Bocanegra. The intention is to renovate the building and to turn it into a museum, which has been abandoned for several years. That is why this project generates a lot of enthusiasm among the people of Seville, who for a long time were worried that the property would end up being used as tourist apartments or for another purpose.

The idea of ​​the small group of Sevillian investors who opted to recover this jewel is, in fact, to use it to spread and point out the value of the close relationship between Seville and Velázquez.

For this, the aim is to restore the property to the appearance it had when the artist resided there, with original furniture, kitchenware and elements that can be seen in many of his still lifes. The proposals include a recreation of his workshop, as far as possible.

It is also intended to exhibit copies of his ten best-known paintings from his Seville era. In this way, three of his masterpieces from this period, such as “The Old Woman Frying Eggs”, “The Lunch” or “The Water Carrier”, along with other canvases such as “Christ in the House of Martha and Mary”, “The Adoration of the Magicians” or “The Supper at Emmaus” could soon be seen in the same exhibition area.

The project looks for ensuring to the visitor an experience similar to other museum houses dedicated to such renowned painters as Rubens, in Antwerp, or Rembrandt in Amsterdam. In fact, Bocanegra says that the idea of ​​getting involved in this Velazquez Birthplace came after a visit he made to a museum dedicated to another universal figure: Shakespeare, in Stratford-Upon-Avon.

The initiative is having a significant impact internationally. Newspapers such as The Times or The Guardian echoed the news last May. The project aims to use Velázquez as a reference, following the example of other closer cities such as Malaga, which managed to revitalize its cultural offer using the figure of Picasso, along with other museums.

Recovering a figure like Diego Velázquez becomes even more unquestionable in a city like Seville if we bear in mind that the painter was not only born here, but when he left for Madrid he did it to be painter for the court of King Philip IV. In other words, unlike Picasso who left Malaga at the age of 9, Velázquez did so at the age of 24 and with an artistic background behind him, being a recognized master and with an important prestige.

He also learned in Seville, he was admitted to the painters’ guild at the age of 17, worked in his first workshop, married Juana – the daughter of his famous mentor Francisco Pacheco – and had two daughters. Of course, it was also here where he created his first works, some of which can be seen in the Museum of Fine Arts of Seville.

The house not only represents the place where Don Diego Rodríguez de Silva y Velázquez was born in June 1599, but also it is the only building in which the Sevillian genius lived that still remains standing, including those in which he lived in Madrid. And it is one of the few surviving examples of the popular architecture of the Spanish Golden Age in the city. A house that, although it seems small from the outside, has almost 600 square meters spread over three floors and two patios.

On the other hand, just 300 meters from the house is the Church of San Pedro, from the 14th century and in the Gothic-Mudejar style, where the painter was baptized; and a little more than 10 minutes on foot you reach the Museum of Fine Arts, the second oldest art gallery in Spain after the Prado Museum. These two attrations are suitable to complete future visits about the author’s life and, in turn, would help decentralize the offer that revolves around the Cathedral, the Giralda and the Real Alcázar, traditional tourist attractions for the city.

The opening of Velázquez’s birth house, forgotten since the closing of the workshop of the fashion designers Victorio & Lucchino, will thus join an extraordinary group of initiatives that have been developing in the city over the last few years. The celebration in 2018 of the fourth centenary of the birth of Murillo and, last year, the anniversary of the expedition undertaken by Ferdinand Magellan and Elcano 500 years ago, are good examples of them. The Andalusian capital will thus continue with its commitment to culture as one of its main values ​​and outstanding pillars in the city’s tourist and leisure offer.